Noble Truth was a game winner of the Jersey Stakes as the William Buick and Charlie Appleby added another Royal Ascot winner to their roll of honour.

The three-year-old would not be denied down the stands rail, despite coming under pressure early enough in the seven-furlong Group Three.

He made the running but faced challenges all round, including from John and Thady Gosden’s lesser fancied Find (40/1), who ran a stormer under David Egan, with Dubai Poet a neck further back in third.

Buick spoke after the race and hailed his gelding, who took a Listed race at Newmarket in April but looks to have improved for that operation since his last run.

“The gelding operation has really worked for him and he’s just a bit more relaxed and a bit more professional,” the jockey said.

“He channels his energy in the right direction and get a breather into him in the race.

“He’s always had plenty of ability so hopefully this will be the start of him fulfilling his potential.

“The horse likes to go forward and Charlie said if it was possible to exploit the stand side.”

In the opening race of the day, Karl Burke’s Holloway Boy (40/1) took the Chesham Stakes in remarkable fashion, coming with a blistering late run on debut for Danny Tudhope, who took his tally to four on the week.

The juvenile came from the rear and flew down the stands side towards the finish, picking up best of all to deny John O’Donoghue’s Pearling Path, who ran a blinder at 80/1.

Completing the front three was Lakouta Sioux for the Charlie and Mark Johnston team at 33/1, taking the tricast winnings to a remarkable £66,051 to a £1 stake. 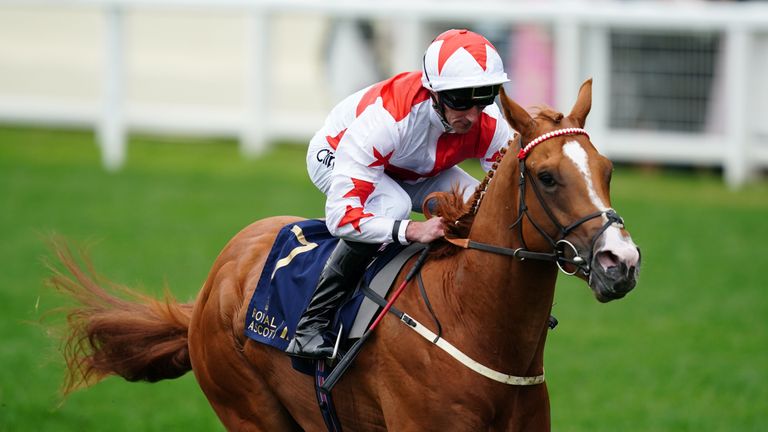 The hot favourite Alfred Munnings (11/8) travelled up strongly but failed to pick up for Ryan Moore in the final two furlongs, eventually fading to finish sixth.

A stunned winning jockey Danny Tudhope insisted the winner would improve for that excellent debut, saying: “He’s a bit raw, a big baby – we didn’t expect that but he gave me a lovely feel.

“He’ll get better and better, you know. I think everybody is a bit shocked by that – so am I!

“This sort of horse it’s about educating them and if it all falls right, and that’s what he did. He powered up the last final and he’s a grand horse.”

Mooneista has big sprint targets on her agenda | Racing News

Activity RAMPING UP | Flippers & investors In The…

What Happens To investors in The Arizona Real Estate Market?…

Here are some other racists Fox News Channel won't show…

Is Phoenix Arizona's Housing Market About to Crash |…