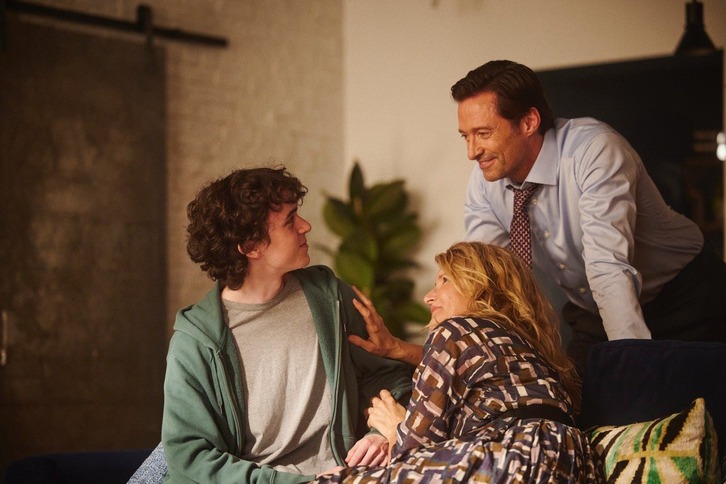 Florian Zeller’s The Father was one of the best films of the year it came out in featuring an all-time classic of a performance by Anthony Hopkins so it was a no-brainer to expect that The Son would match similar levels; especially benefiting from an ensemble that includes Hugh Jackman, Vanessa Kirby, Laura Dern and even Hopkins himself, albeit limited to a cameo that he probably filmed inside his own house without having to get out of bed; and still found a way to out-act everyone in the film. The Son however wastes its cast and ruins all the goodwill Zeller brought to the table in The Father over a long 123 minute runtime that never really gets the chance to justify its length – it felt ten times longer, and doesn’t land a mark. 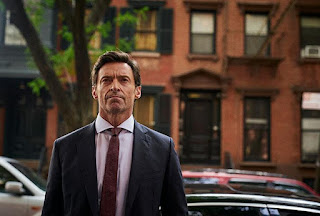 The film focuses on Jackman’s Peter who watches his son struggle with depression brought about from the breakup of his parents marriage that saw Peter leave Laura Dern’s Kate for Vanessa Kirby’s Beth, who now has a child of her own. It makes the mistake of picking up after the affair and not showing Zen McGrath’s Nicholas experience it all the way through – his character never really changes or grows throughout and the film becomes a very ham-fisted, superficial portrayal of depression – like an actor’s view of it rather than the actual thing. It’s too clear cut, too one-note, and even McGrath falls into the problem of not being a good enough actor to handle the mixed emotions effectively – but that’s a problem not unique to him, Vanessa Kirby is flat out wasted and although Jackman tries, he perhaps tries a little too hard – his performance comes off as showboaty and lacks any genuine authenticity needed to sell the character – you always believe that he’s playing a part – and even though his character is playing the part of a good father trying to hold everything together; it’s a different kind of acting.

The Son glorifies the treatment of pain and has some frankly bizarre medical choices from hospital staff; purely chosen to heighten the drama when in the moment nothing would’ve been quite as dramatic. There’s an element of a forced approach to this that makes the most obvious use of a Chekov’s Gun concept so that when it’s introduced you know exactly where the film is going – and then it tries to subvert the whole thing by going in a different direction; leading to a confused, chaotic mess that never really finds time to land at all. 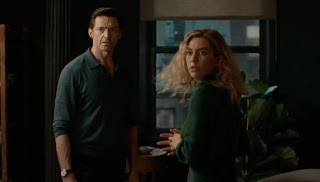 Everything feels entirely clumsy and ham-fisted – the cinematography gives The Son almost an air of a Lifetime movie and I don’t mean that in a kind way- it’s purely set up with the intention of making you feel bad so you feel like you have to like it – I just fundamentally don’t think that Zeller has any understanding of the concept of depression at all or how it manifests and I think that was the weakness at the heart of The Son – its overall lack of authenticity which; when viewed in comparison to The Whale, (also airing at LFF, review coming soon) is just as unsubtle yet every beat landed there. Here, The Son wastes every chance to redeem itself – leading to a manipulative rather than empathetic performance that just comes off as misguided.