Ariana DeBose Is Here to Stay

Olivia Wilde Is Reportedly Having a Difficult Time With…

What ‘From Scratch’ on Netflix Teaches Us About… 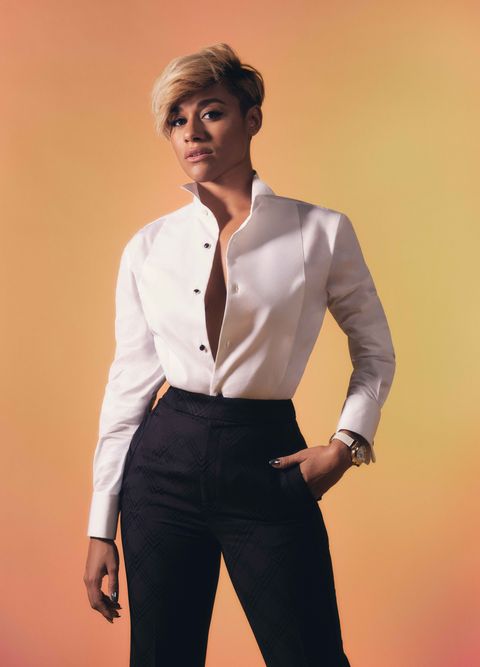 Ariana DeBose isn’t a newcomer. “I’ve been pounding the pavement on Broadway for 10 years,” the actress reminds me over drinks at The Living Room at the Park Hyatt New York. She arrives early, wearing jeans and a white tank, topped off with an electric-yellow floral blazer, and is so friendly and low-key that it’s hard to match her with the woman who wore a glamorous custom red Valentino ensemble, including a cape, as she stepped onstage to claim her Academy Award earlier this year. If some in Hollywood only took notice of DeBose after her Oscar-winning role as Anita in Steven Spielberg’s West Side Story, they clearly hadn’t spent much time in the theater, where she was in the original Broadway cast of Hamilton and was nominated for a Tony Award for her performance in Summer: The Donna Summer Musical.

DeBose was born and raised in North Carolina, where she first fell in love with the stage. She landed her first professional role at age 16 in Grease (“I was the cute, and only, Black girl in the ensemble,” she notes), but her career reached meteoric heights when she won the Academy Award for Best Supporting Actress, becoming the first openly queer woman of color to win an Oscar for acting. She was also only the second Latina to win an acting Oscar; the first, Rita Moreno, won in 1962 for the same role. “I’m still processing what it all means,” DeBose says. “I watched the Oscars for many, many years as a kid, and I never thought I would be standing where Halle Berry or Whoopi Goldberg stood.” 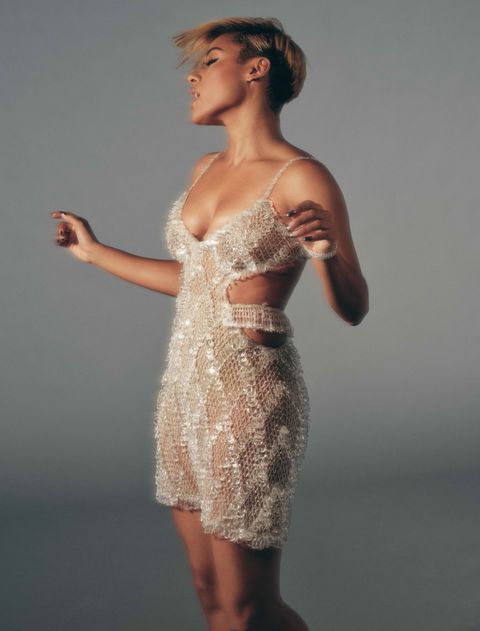 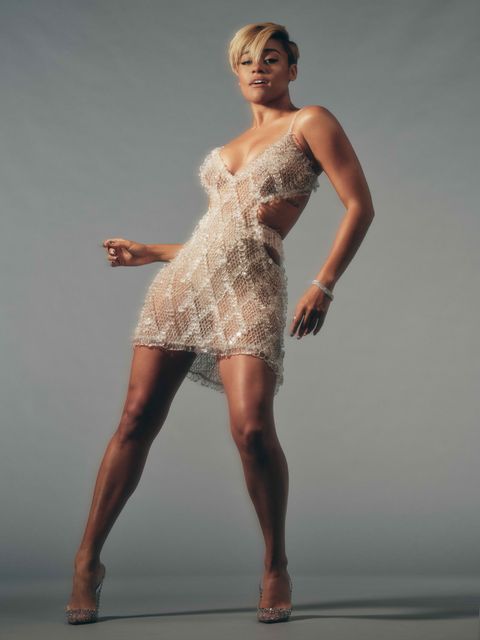 But her win wasn’t a surprise to anyone who saw her devastatingly poignant portrayal of Anita, a role that put her triple-threat talents as an actor, singer, and dancer on display. She’ll next showcase her skills in Sony’s Kraven the Hunter, her Marvel Cinematic Universe debut, and will appear alongside Henry Cavill, Samuel L. Jackson, and Dua Lipa in the Apple TV+ spy film Argylle. DeBose says she welcomes the opportunity every new role provides to push herself further as a performer: “My strengths lie in my ability to fully accept a challenge and humble myself enough to realize there’s still so much more to learn.” 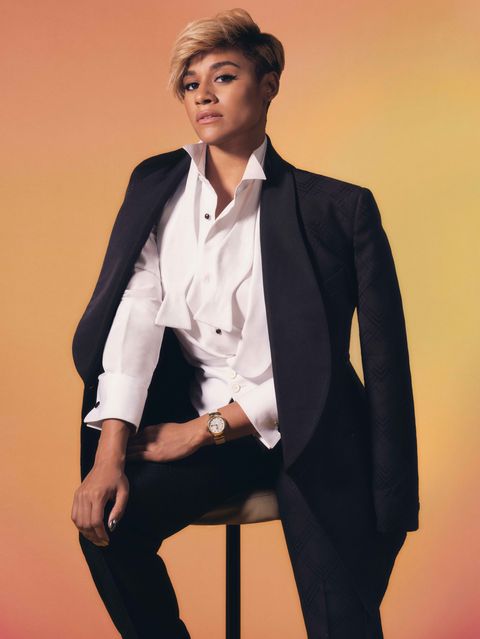 On being a role model

“Young people need to know that their dreams are possible. If you squelch a young person’s creativity, you’ve done them a great disservice. I think children really just need to be told that there’s nothing wrong with them, and that they do need their creativity. Their imagination is what’s going to save them. Quite frankly, it’s what’s going to save us. So don’t let anybody tell you that your imagination is not worthy of manifesting.”

“There have been insinuations that I was given an Oscar because I’m queer and because I am an Afro-Latina. And that’s haterade. That’s just haterade. And I know that. We wouldn’t have had conversations around my identity, or any of the labels associated with my name, if my work had not first been exceptional. And I’ve always said, I don’t believe I should be handed anything. I want to earn my seat at the table.” 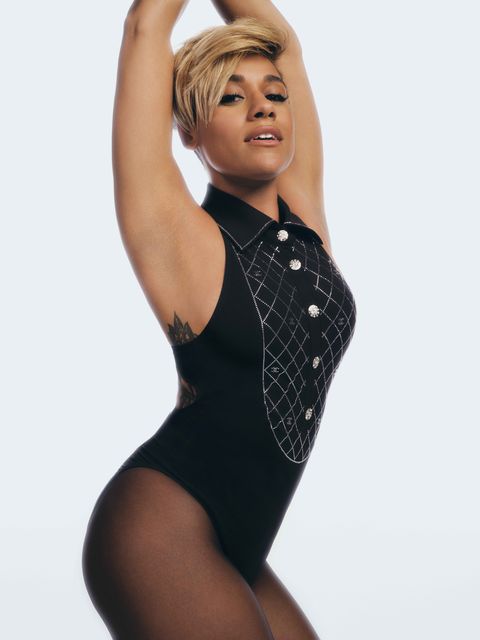 “I don’t believe in everybody getting gold stars just because you tried. I want the gold star because I busted my balls to be where I am, and I’ve done the work, and I trained, and I took the private lessons, and I humbled myself. I fell on my face multiple times in the 10 years it took me to get to where I am. Hell, I took a voice lesson yesterday. Yesterday.”

On feeling supported in Hollywood

“Kerry Washington, when we did the film The Prom together, was one of the first who really encouraged me. She was like, Do not be afraid to talk about being Puerto Rican. I said, I’m still just really nervous, because what if I’m not what people want? Or what if they don’t want me to say that I’m Puerto Rican? Maybe I’m not a good enough example of what being Puerto Rican is. And she was like, No, you celebrate the diaspora. You are Afro-Latina. You are strong. There are people who need to see that you can be all of these things at once. I’m telling you, there are little Puerto Rican kids on the island who probably are queer, and you are going to let them know that it is okay to be exactly who they are.” 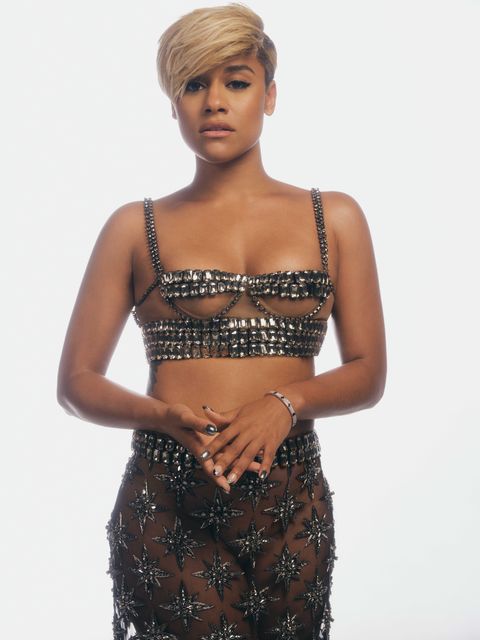 “I was so shocked when they called my name [at the SAG Awards]; I did not believe I was going to win. Cate Blanchett was in my category. In what world would I ever think that I’m going to be picked over Cate Blanchett? In my mind, I had absolutely no chance. And that was really shocking. It was also heartening to feel the kindness from people who didn’t really know me, and who gave me space to be in the room and didn’t make me feel like an outsider. I did not feel like an outsider that evening. And it’s one of the first times in the industry that I didn’t feel othered.”

We wouldn’t have had conversations around my identity if my work had not first been exceptional.”

“We need more men championing women in Hollywood. I don’t think women need to change. We just need to be allowed to do what we do best. I don’t think that’s an ‘us’ issue. I think there needs to be more of us with seats at the table.” 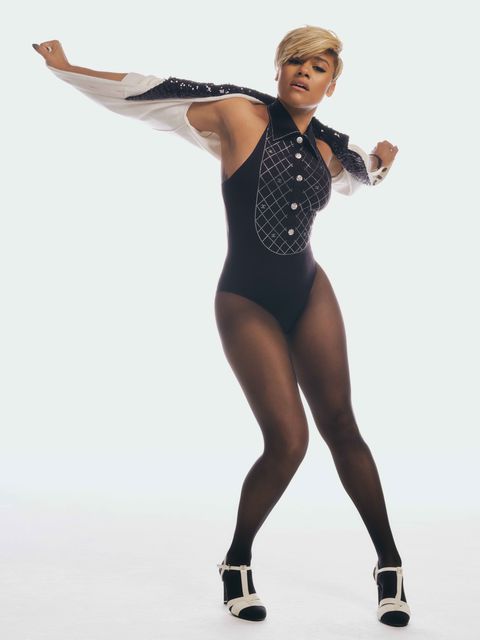 On being Latina in Hollywood

“When I was starting out, there wasn’t a true celebration of the diaspora. You’re Latina, and so am I, but we look very different. In Hollywood, it was always, for a very good reason, Eva Longoria, JLo, or Sofia Vergara. There was no space for me to be considered Latina. And in fact, I was told by some casting directors that no one would buy it, so I couldn’t audition. But that was the beginning. Now we can open up so many doors and show people what we really look like and how diverse we really are, and all the other things that we have to offer. And that there’s not just one way of being anything.” 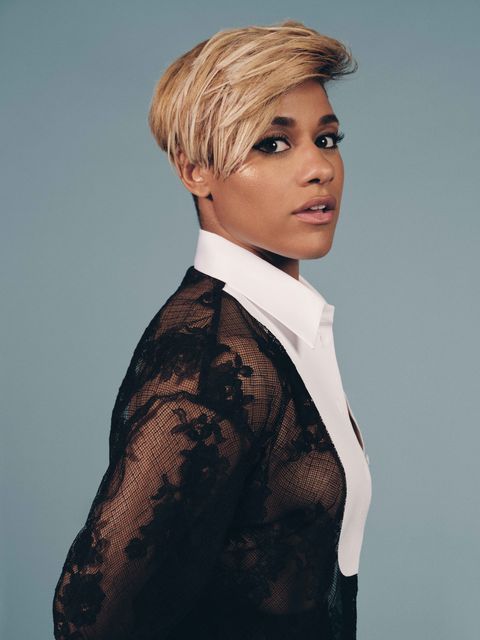 “I was cornered in a bathroom at a Hollywood event and someone told me I took their job from them. And that, to me, was an only-in-Hollywood moment. That never happened to me in high school—no one ever cornered me and said, ‘You took my boyfriend.’ I guess I didn’t have that problem.” 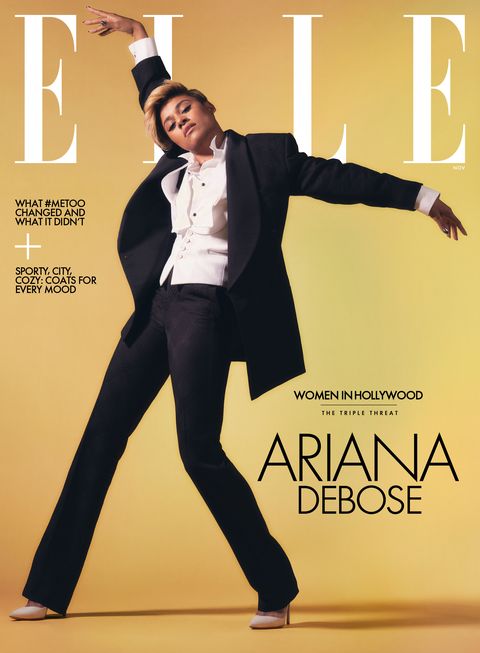 This article appears in the November 2022 issue of ELLE.

GET THE LATEST ISSUE OF ELLE

What ‘From Scratch’ on Netflix Teaches Us About Family, Joy, and Passion